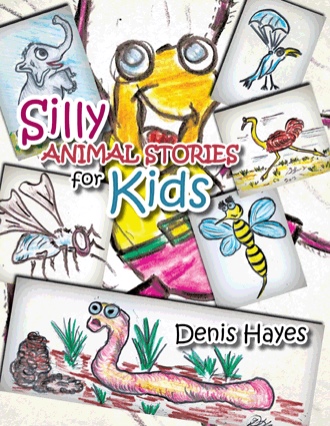 Can such things really happen to animals? Of course they can and of course they do in this book. Spike is an enterprising spider who sees an opportunity to do business everywhere he goes. He is accidentally washed down the plughole in a bath and recovers to form the Spider Water Park ride complete with Spider Surf riders. He is blown out from a fan and forms the Flying Spiders but his efforts at trying to bring pop fame and fortune to his wannabe singer wife and back up singing daughters is doomed to failure. He finally retires by opening a Spider Spa on a slowly swinging Punkah, letting his wife do all the work of course. He and his friends have many adventures and mishaps. Sebastion Seagull doesn`t want to leave the nest when he grows up - he thinks flying is too dangerous and is not natural. He suffers humiliation until one day he is forced to rescue his sister who is being attacked by a hawk. Sebastion goes from zero to hero. Squidgy is a forgetful squirrel. He is the despair of his mother and father. He loses his way, loses his friends and loses everything else. Mother squirrel ties a line round him so he can find his way home from school. He longs for freedom and one day escapes. He runs, jumps, plays with friends and forgets the time. When his friends remember he runs home taking a beautiful acorn for his mother and doesn`t lose his way. She is surprised but Squidgy says he just forgot to forget! Ellie is a gorgeous baby girl elephant. Very spoiled and vain. She refuses to use her trunk to eat as she thinks it is disgusting. She claims that she may not even have a trunk as she can see the end but not the beginning. She goes cross eyed trying. Her mother consults with her father, the great bull who leads the herd. He tells her mother to take Ellie to the river to look at her reflection. Ellie does, sees how pretty she is, sees the whole of her trunk and decides she will eat after all. Ozzie Ostrich has an identity crisis. He is told he is a bird but he can`t sing, can`t fly and can`t hop so how can he be a bird. He says that`s why ostriches bury their heads in the sand so as not to face themselves. His friend Kathy Kangaroo advises him to train hard, run fast and maybe he`ll fly. He does but doesn`t. However some men see him, catch him and train him to be a buggy racer. Ozzie becomes famous and people shout out," look at that bird go, look at him fly." And Ozzie is happy. Winnie the Worm is worried. She has two eyes at one end. She gets dirt in them, tries sunglasses, crash helmets, all designer of course, but nothing helps. Her friends don`t understand, they think she is just attention seeking. Mr. Wiseworm tells her to turn round put her eyes at the back and dig from the front. Winnie can then feel where she`s going and see where she`s been. Beryl is a not so busy bee. She sees no future in working for some one else. When her friends do coax her out she is more of a liability than a help. One day they are attacked by wasps and a frustrated, angry Beryl goes into action. Her erratic, undisciplined flying disconcerts the wasps who retreat in disarray. Beryl is put in charge of Hive Security. Freddie is an antisocial fly. He likes company but picks the wrong sort. One day he gets into a fight with a fly just as obstinate and persistent as he is. His friends laugh at his foolishness as he is fighting himself in a mirror. Freddie reforms and instead of Freddie the Foolish Fly he becomes Freddie the Fantastic. Tina Turtle is a real life story of a young boy who rescues a beautiful tiny terrapin from a plastic pot on sale at a School Fete. They form a close bond and Tina attempts things that turtles never dream of. She climbs cane back chairs, she hides under tissues, she races across table tops and even rides on a radio controlled truck, enjoying it so much that she sulks when taken off. She loves to be taken out to Starbucks and enjoys all the attention. This story is told with real life photographs. 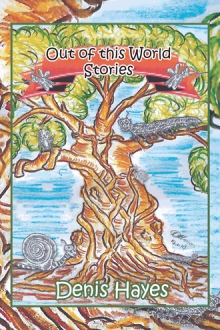 Out of this World Stories
Denis Hayes
$17.51 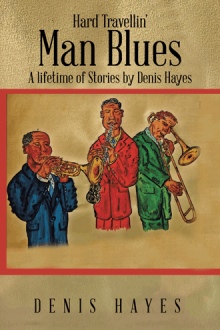 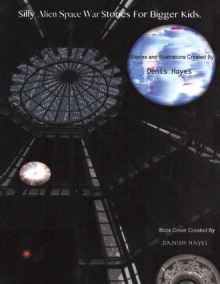 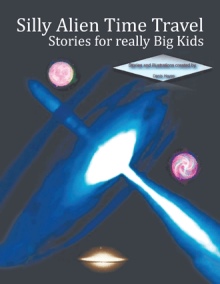 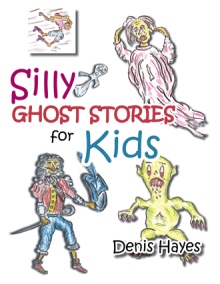 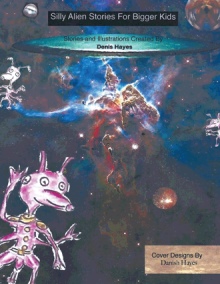 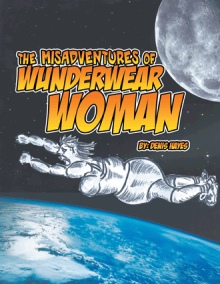 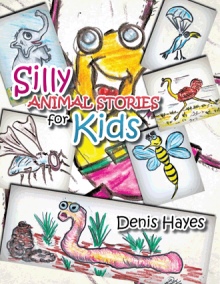 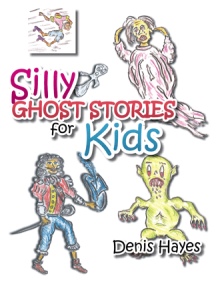 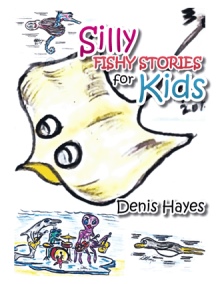 Can such things really happen to animals? Of course they can and of course they do in this book. Spike is an enterprising spider. When he is washed away in the bath he forms a water park ride for his friends. He is blown out from a fan and forms the flying spiders but does not succeed in making pop stars of his wife and daughters, a disaster. After many adventures and mishaps he finally retires. Sebastion Seagull doesn’t want to leave the nest when he grows up - he thinks flying is too dangerous and not natural. He suffers humiliation until one day he becomes an unlikely hero. Squidgy is a forgetful squirrel having all sorts of problems until one day he escapes and finds his way. Ellie is a gorgeous baby elephant but very spoilt and very vain. She refuses to use her trunk to eat as she thinks it disgusting. Her mother despairs but her father, the big bull elephant solves the problem. Ozzie Ostrich has an identity crisis. He is a bird but he can’t sing, hop or fly. He tries and trains hard then one day he becomes famous. Winnie Worm is worried. She is born with eyes but no other worms understand because they can’t see what she is going on about. Mr. Wiseworm solves her problem. Beryl is a not so busy bee. She is a nuisance until one day she finds something she is good at. Freddie is an antisocial fly until one day he is exposed as silly and vain and decides to change. Tina Turtle is a beautiful real life story of a young boy who rescues a gorgeous tiny terrapin from a plastic pot on sale at a school fete and the bond they come to share.