Transforming Education for a New Era 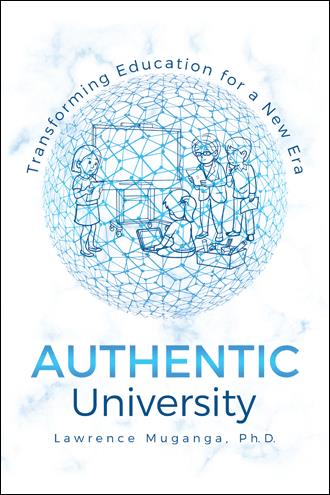 Today’s universities fail students, leaving them stranded in an alien world that differs markedly from the ivory tower institution that ostensibly molded them for the future. The Authentic University proposes to overcome the manifold shortcomings of the contemporary postsecondary school by offering an innovative education that corresponds to the realities of the modern era. This university blends three distinct concepts of student-centered education to provide students with a personalized learning experience that develops distinct skills and competencies required by today’s employers. Students can save time, money, and effort while learning the information and applications that they want and need. Contained within the covers of this groundbreaking book lies a thorough description of everything that educational stakeholders must know about the Authentic University, including supporting literature and practical models alongside strategies for planning and implementation. The world has passed the university by and will not wait for education to keep pace with its ever-evolving information and communication technology situated in an increasingly entrepreneurial economy. We, as educational stakeholders, must meet the challenge of change in an urgent way. The first step toward bringing the university into the modern era begins with this book; the manual for a radically new type of education termed the Authentic University.

Dr. Lawrence Muganga, is a scholar and digital economy educationist, academic administrator and an award winning author of the best seller “You Can’t Make Fish Climb Trees” and now “Authentic University”. Muganga has been conferred as ‘Change advocate’, ‘education evangelist’, ‘strategist’ and ‘enterprising’. Venerated for his enviable oratory and inspiration prowess; Oxford Debate bestowed upon Muganga the title “an Expert and Speaker of the ‘Oxford Debate’”. The Uganda Journalist Association has decorated such expertness with the award as Best Innovative Educator! Fittingly, named on World Press Freedom Day. Muganga serves as Vice Chancellor of Victoria University, Kampala, Uganda, the leading institution on Experiential Learning and Work-integrated Learning in the country, he leads all academic, operational, and organizational functions. Muganga blends a personal drive for making a difference in the lives of individuals and families through education and a passion for technology-powered innovation. An enterprising educator, Muganga has instituted the nation’s first Virtual Reality (VR) and Augmented Reality (AR) driven Learning and Innovation Hub. Beyond, he has been tireless on retooling, and upgrading curriculum experts and teaching facilitators for 21st century prerequisites. As an educationist, his record has been coined on ‘transforming education to make it fit for the times and predict the future’; his book “You Can’t Make Fish Climb Trees – on Authentic Learning has attracted several awards and grants across the board including a $1,300,000 grant from the Bill & Melinda Gates Foundation. His education background, dates back to Makerere University, where he obtained a Bachelors (1998-2001) and Master’s Degree in Economics (2005-2007), University of Alberta in Canada (2012-2018) where he attained a Master’s in Education and Ph.D. in Educational Administration and Leadership. Muganga pursued Post- Doctoral studies focusing on Higher Education Teaching at Harvard University. For his meritorious contribution towards developing the University of the Future, driven by Digital Transformation, he was conferred the title of Honorary Professorship of the Academic Union by the Academic Union of Oxford, UK. Muganga is a Ugandan-born Canadian scholar who doesn’t fancy just being an academician and the leader of a higher education institution, but works tirelessly to be the catalyst for that tidal effect of change needed to reach tens of millions of people who could benefit from more-affordable, more-relevant, and more-flexible educational options.