Save MILLION of DOLLARS

Simply An Employee's Dream Or Reality 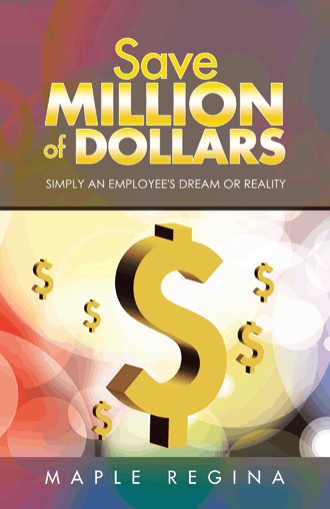 As we walked into middle of the hall we were greeted by Henry, a well-built gentleman in his late 40s. He gave us a great friendly smile and warm handshakes. It felt very professional. We exchanged greetings and soon he started to introduce himself as a senior representative in an established insurance company. I was attracted by his manly pose and charisma. More so when he uttered two very bold and strong statements which still lingered in my mind. The two thought-provoking statements were Statement 1: Million dollars have exchanged hands in our lifetimes. Statement 2: Million dollars’ men walking around in our midst. Somehow, I immediately reacted in disbelief, stunned looking mannered and doubted Henry’s statements. Honestly, what are your immediate reactions to these two bold statements? Do you agree with him? My mind wondered with disbelief for a while and soon concluded that this could never ever happen to me–exchange of million dollars in my lifetime, what more having million of dollars. As I tried to absorb his statements I did a quick mental calculation and surprisingly I somewhat agreed with him. The gentleman who stood just beside me, in fact, has million dollars. My eyes sparkled and beamed with agreement and affirmed a new discovery. Henry further cited three scenarios: If a person earned $3,000 per month in thirty years he would have earned $1,080,000. If a person earned $5,000 per month in twenty years he would have earned $1,200,000. Likewise, if a person earned $10,000 per month in ten years he would have earned $1,200,000. Wow, Wow, these are no magic figures, right? Do you now agree with Henry’s two bold statements? So, do you agree it might be possible that there might be million dollars exchange hands in your lifetimes too? How about the statement of million dollars’ men walking in our midst? Do these two statements sound even more interesting to you now? If yes, I would encourage you to read on. Are you ready? Have you recovered from your first shock?

In this book, you will learn concepts, methods and strategies that Maple adopted to accumulate million of dollars. You will be bombarded with two stunning thought provoking statements: “Million dollars have exchanged hands in our lifetimes” and “Million dollars’ men walking around in our midst.” Success starts with good habits and self-discipline. You will be encouraged to record your income and expenditure account so that you will be more aware of your spending and saving patterns, conduct your financial health check, and embark into your money management journey. Save, accumulate and grow your money in financial institutions that fetch you a higher rate of returns based on your investment risk profile and appetite. The simple truth is, at the end of the day, every single dollar saves will add up to a larger sum of money. What matter most is not so much as to how much one earns but more so as to how much one saves, keeps and grows one’s money based on one’s investment risk profile.