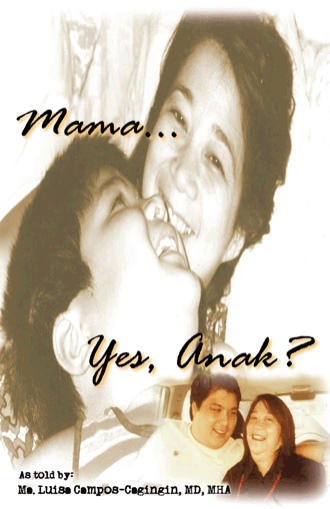 One fine day in the year 1986, a cute and cuddly baby boy was born on Oct 15, to a very excited couple. We named him Carlo Christian or Chico for short. Like all moms, I thought he was a perfect baby. However a few months later I noticed many unusual actions in fact bordering bizarre. A few of them would be the absence of eye contact, fanning of his hands, spinning of things, and he could stay awake for more than 24 hours. A year later, we celebrated his first birthday with a children’s party in Jollibee where else! As a mom, I was more excited than he was. He was actually indifferent, no affect. Well that was a little weird already but nevertheless, I just thought he probably had a more serious character than usual. The party ended no big deal to him. Toys food, clothes, none interested him except for the wrappers which he enjoyed tearing! This was the start of his many unusual response to toys. He would play with his toys differently from what the toy was meant to be. When he got his matchbox cars for example, he did not screech and race them. Instead he arranged and aligned them in an order only he understood and did the same thing day in day out, always the same order. By one year old , he must have had a change of yaya several times because of the fact that he could stay awake for three straight days and therefore the yaya would have to stay awake three straight days which none of them could take for a long time. That alone was puzzling, a baby who could stay awake forever when babies are known to constantly be sleeping! To continue, at two years old he was non verbal. He did not respond to his name and neither did he call us his parents any name! At first we considered hearing defect only to disqualify it as Chico would always respond to advertisements on TV. He had his favorites and would always look once it would play on TV. Still I brought him to an ENT to test his hearing. An audiometry revealed he even had a better than normal hearing capacity. I brought him to an ENT not because I worried there was something wrong with his hearing, but because it was easier to fathom. Going to the psychiatrist was my last choice as I know that would bring me to a higher level of searching .The clearance from the audiometry obligated me now to seek consult from what I feared.

“Blessed are the pure in heart for they shall see God”. What better words would describe the special children whose lives depend on people’s compassion and understanding of their status. Chico, the star of this book is a special child diagnosed to have moderate to advance autism at a time when autism was still almost unheard of. This was in 1988 when Chico at the age of two started to begin his journey in a world that was totally different from the world we know. The struggle of his parents to give him a normal life would be a story that is poignant and touching.